Challenger Longevity Bank positions itself for the silver generation 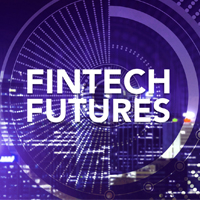 Another UK challenger bank is on the horizon, set to launch in the UK and Switzerland sometime this year – Longevity Bank. It intends to tap the “silver generation” – that is, those over 60.

Backed by Hong Kong-based venture capital firm Deep Knowledge, the neobank intends to expand across Europe, Singapore, Japan and the US by 2022. 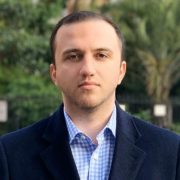 Balasanyan says the time is ripe for banks and fintechs to begin considering how they onboard ‘healthtech’ and ‘agetech’ into their offerings. “As increasing numbers of high-net-worth individuals (HWNI) and regular middle-class individuals age […] [companies need to] enhance and extend their clients’ health spans and wealth spans in equal measure,” he says.

Californian age-tech GreatCall, a mobile wellness service targeted at older customers, was bought by Best Buy – the consumer electronics retailer turning over $42.9 billion – in 2018 for $800 million. The acquisition pointed to the rise of the healthtech industry, following a 2015 US Census Bureau report which anticipates 22.1% of the US population will be 65 or older by 2050.

Longevity Bank discerns itself by the attention it promises to pay to preventing financial exploitation, and the “tangible” rewards it will offer to people just for being healthy. Balasanyan was unable to specify what these rewards might be.

Asked how the challenger will inspire the over 60s to part with their life-long family banks, the co-founder described the challenger’s business model, stating that “it will initially set itself up as a bank attracting net-new customers, but the goal is to also become a third-party provider (TPP) to major banks.”

“We are a bank, but in the future we will provide solutions for other financial institutions,” he says. “It’s an outdated approach to challenge traditional banks, the future is in synergetic cooperation”.

Looking at both challengers and major banks, Balasanyan is confident that there is no competition so far.

“Modern challenger banks are chasing income from the middle-aged and younger generations, missing a $15 trillion market opportunity, whilst […] banks like HSBC, UBS and Barclays are making their first steps in the age-tech industry,” he says. 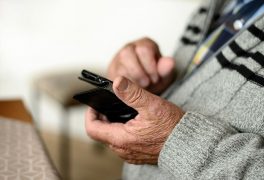 Related: Al-paca it in: Monzo co-founder leaves to farm Alpacas

Through its hybrid profit model, Longevity Bank plans to buck the trend of non-profitable challenger banks by using revenue streams from traditional banking products such as lending and deposits to “supplement” its neobank activities.

On how fintechs’ success should be measured going into 2020, Balasanyan believes it should be by either technology or profit – but ideally both. “Challenger banks should challenge themselves rather than challenging traditional banks,” he says.

Not hindered by ten-year-long clinical trials or advanced car trials, he says new technologies in finance have “unlimited opportunities” and yet, many of these opportunities have not been surfaced despite the “illogically disproportionate” amount of investment in the sector.